Facts About Chinese Drywall in Construction 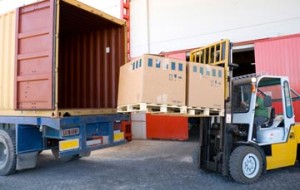 Most of us have heard that there are problems with Chinese drywall, but do not really know what specifically is wrong with it when it comes to construction in the United States.

So what is the problem with Chinese Drywall? To understand it, we must first explore what constitutes drywall. Drywall is a building material made of a gypsum-based sheet of plaster covered with heavy paper on both sides. Drywall is also referred to as plasterboard or sheetrock. Testing of Chinese drywall has found unusually high instances of pyrite. There is speculation that the pyrite oxidation results in sulfur compounds being released by the drywall during periods of high heat and humidity. The combination of high temperatures and humidity is ripe for bringing out problems associated with Chinese drywall. That is why most cases associated with Chinese drywall are found in the Southeastern United States. Reports show that homeowners typically complain of corroding copper in their homes, and a rotten egg odor emanating from copper surfaces that, in turn, turn black and exhibit a powdery ash type substance. Experts opine that this is a result of a reaction of the copper with hydrogen sulfide. Much of wiring or piping found in homes is made of copper. Exposure to Chinese drywall can result in nose bleeds, headaches, coughs, upper respiratory or sinus problems, rashes, and difficulty breathing. There have also been cases reported of pets dying due to exposure to Chinese drywall.

In 2010, the Dodd-Frank Wall Street Reform and Consumer Protection Act required that the Department of Housing and Urban Development study the negative implications of Chinese drywall on health and property insurance, especially related to homes that were subject to foreclosure during the Great Recession. Several class action lawsuits have been filed on behalf of homeowners who have suffered from these symptoms whose homes contain Chinese drywall. If you have any questions about Chinese drywall, please contact one of our experienced construction attorneys today.