Brief Overview of Rights of Unlicensed Contractors in California 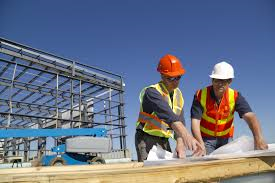 Under California Contractor’s State License Law enumerated in Business and Professions Code Sections 7000 to 7191, a contractor may not “bring or maintain” any action for compensation for performing any act or contract for which a license is required unless the contractor was duly licensed “at all times” during performance. Bus & Prof Code Section 7031(a).

What does this mean and who does it include?

This is a question that often has to be answered on a case by case basis. Basically, California does not want unlicensed contractors to be able to get paid for work that should be performed by a licensed contractor. The law has set forth some general parameters. General contractors, subcontractors, and master developers must be licensed. However, suppliers, manufacturers, laborers and equipment lessors are exempt and do not need a contractor’s license. Essentially, those parties that merely furnish material or supplies without fabricating them into, or consuming them in the performance of work, do not need to be licensed. Bus & Prof Code Section 7052.

Moreover, the defense of substantial compliance is not available to those who have never been licensed. In order to meet the substantial compliance threshold, a contractor must prove he/she was: 1) Licensed in California before performing the work; 2)Acted reasonably and in good faith to maintain proper licensure; 3) Did not know or reasonably should not have known that he or she was not licensed, and 4) Acted promptly and in good faith to reinstate his or her license on learning that it was invalid.

On the flip side, homeowners should not be able to prevail on technicalities with respect to the license requirements. In a recent appellate decision based on a Merced County Superior Court Case, a general contractor who built a custom home for defendants, was victorious at both the trial and appellate court levels. The homeowner defendants tried to assert that they did not have to pay the general contractor after they refused to allow the contractor to continue or complete his work. The general contractor was issued a general building contractor’s license in 1995. Work began in November 2004, the general contractor incorporated his business in 2005, and on April 12, 2005 his contractor’s license was reissued to the corporate entity. This did not constitute grounds for the homeowners to refuse payment based on the licensing requirements of subcontractors, because the court determined that at no time was the work performed by an unlicensed contractor. See E.J. Franks Construction, Inc. v. Sahota, (Cal. App. Fifth Dist.; June 5, 2014)226 Cal.App.4th 1123, [172 Cal.Rptr.3d 778].) California Courts.

If you have questions about license requirements of contractors in California please contact one of our experienced construction attorneys today.